According to the American Association of Marriage and Family Therapy (AAMFT) nearly 12 million people in the United States suffer from sexual addiction. In one study, Patrick Carnes, Ph.D., an internationally known authority on sexual addiction, cites that 42 percent of sex addicts were also dependent on drugs or alcohol (Don’t Call It Love, 1992, Bantam).

Coupled with co-occurrence—dealing with more than one addiction—are a myriad of serious consequences that lay in the wake both for the addict, their family, loved ones, and society at large. One of the many things drug and sex addiction have in common is that the addict will continue the behavior despite negative, life-changing consequences.

Although these consequences can differ between individuals, common themes of devastation exist and are manifested, directly or indirectly, in sex and drug addiction. The escalating patterns of both addictions can often involve:

An Addiction Where Abstinence Isn’t the Solution

Like drug addicts, sex addicts become addicted to the feelings they experience, however unlike drug addiction, sex addicts are not always asked to abstain completely. Rather, they are often asked to associate sex with positive relationships and are taught techniques to control their behaviors, which can involve individual and group treatment programs.

For those that are both sex and drug addicts, even after abstaining from drugs, the risk of relapsing can increase. This seems to be due to the association of drugs used to heighten the sexual experience and/or to cope with the emotions from negative drug or sexually compulsive behaviors.

When Drug and Sexual Addiction Escalates 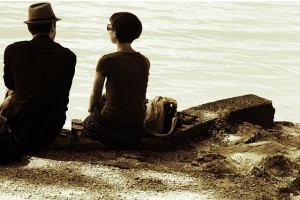 A downward spiral can deepen as the addict’s behavior escalates and attempts to control it fail. This not only supersedes important aspects of self, which can include their:

It can also be the cause of chronic anxiety and depression. With an increased need to chase the high, the addict can become pervasively focused on sex and drugs.

Mental obsessions, along with time spent obtaining drugs and engaging in sexual behavior can leave little time to nourish friendships, tend to family, participate in community activities, or engage in work.

“Sex addicts are often tired, late to work, or take long periods out of the workday to have or pursue sex (online, in nearby cruising spots, or with co-workers)—all to the detriment of their educational or job goals and focus.”

The Consequence of Addictive Behavior

Loss of supportive relationships often ensues as the addict isolates and emotionally distances. Furthermore, if a partner is involved, extra pressure is placed on the partner to care for home and family due to absenteeism of the addict.

If close relationships are not altogether lost, they can become grossly tainted by lies, deception, and distrust. Additionally, sexually transmitted diseases can be transmitted unknowingly to spouses, partners, or loved ones who then must deal with the consequences.

Sex offenses, often associated with substance abuse, can progress to criminal behaviors such as assault, stalking, molestation and rape, which can trigger a chain of serious legal problems for the addict.

For both addictions, increased guilt and shame fuel feelings of profound worthlessness. Unfortunately, cost to the self is not the only cost involved in sex and drug addiction, consequences have a ripple effect and are passed on to society.

High-Risk Behaviors of Drug Abuse and the Costs

High-risk behavior while under the influence of drugs includes:

In 2007, The United States shouldered a massive financial burden to the tune of $193 billion, in illicit drug costs alone, due to impacts on healthcare, crime, lost productivity, drug enforcement, incarceration, and homicide (U.S Department of Justice National Drug Intelligence Center, The Economic Impact of Illicit Drug Use on American Society, 2011).

Hope Is Possible for Recovery 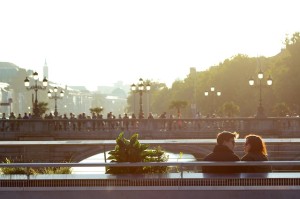 Though the consequences of drug and sex addiction can be very grave indeed, change is possible and hope is ever present. Drug addiction and compulsive sexual activity can be treated successfully.

Individual and group psychotherapy within a structured, professional treatment program can help the client and their families discover and develop effective coping mechanisms necessary to implement behavioral change. 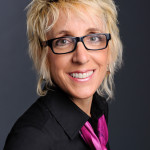 Mary Ann Rege holds a Master’s Degree in Clinical Psychology with an LGBTQ Specialization from Antioch University, Los Angeles. She is a mindfulness-oriented psychotherapist whose work is rooted in a strength-based approach. Additionally, Mary Ann is a trained SoulCollage and HealthRhythms facilitator—she facilitates both holistic modalities weekly for Conscious Recovery.

Patricia Futia has a Master’s degree in Marriage & Family Therapy from Pacific Oaks College in Pasadena CA. She is currently an MFT Intern at Conscious Recovery and a doctoral student in both Education and Human Sexuality.