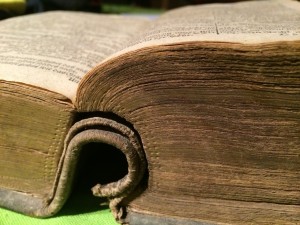 The sixth step says, “Were entirely ready to have God remove all these defects of character.”

It is interesting to me that even being well into my second decade of recovery, I often think of a step differently than I ever have before when I look at it with intent. Such was the case when I sat down to write this.

After the cursory, three smacks on the side of my head to try and break the writer’s block loose, I looked at the sixth step and I thought self-confidence is good, pride is not. On the other hand, thinking of others is good, but codependence is not. How does someone look at the steps and better themselves in spite of the apparent contradictions? 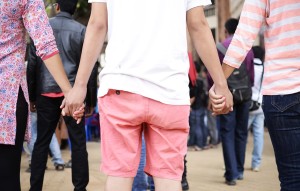 The answer lies first of all in good sponsorship. Not the topic of this paper, but bearing mention none the less; a good sponsor is there to walk us through these contradictions and our own short-comings discovered in the sixth step in order that we may be free of the previous way of doing things. In my humble opinion, a sponsor is someone of the same gender, who has gone further in the steps than I have, walks their talk, and is continually trying to be a better person.

I have only had two sponsors in sixteen years. I have learned as much from these two men by how they have dealt with tragedy, as I have by how they deal with success. Personally, I fought getting a sponsor for a long time. The result was nil, until I let go absolutely (quoted from “How it Works” in the Big Book of Alcoholics Anonymous). In other words, I continued to relapse (use after periods of sobriety), until I had someone to guide me through the steps and explain how my thinking was flawed. As they say in the 12-step fellowships, “Your best thinking got you here.” This was true for me. 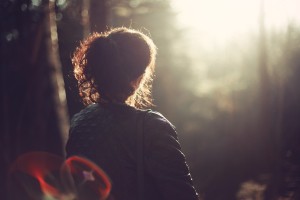 When I hear people talk about the fourth step, and how hard it is, I just smile. I had the same sordid history as many of my fellows, yet the fourth step still paled in comparison to my sixth step. When I began my sixth step, I started out rough from the beginning when I took my list of defects to my sponsor (it was a column on one side of the page if memory serves me correctly), he looked at it, and said, “I thought you were going to write a book, this isn’t even a chapter!” I was devastated. Not because he was hard on me (which he absolutely never was), but because I wanted to do good in his eyes.

I am fortunate enough to work with my first sponsor now. Both he and my current sponsor still are two of the most amazing men I know. In hind sight regarding my sixth step, I really thought “I was all that and a bag of chips.” After a lot of work, and several times through the steps, I realized I was just another addict/alcoholic. No better and no worse than my fellows. That is a very humbling feeling since I came from a pretty low bottom and I thought I was some sort of Godfather or something in my addiction. 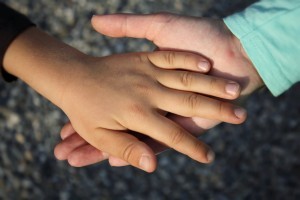 Regarding the contradictions mentioned in the first paragraph, I am going to minimize it to pride vs. thinking of others, in order to keep things succinct. Pride is really where I was at when I began my sixth step the first time. More than not identifying my defects of character, I was still operating from a place of superiority. I had custody of my two older children, I think my third son had been born, I was a college student, and I was in a relationship with the mother of my third son. The pride occurred in the good grades I was getting, the job I had, the fact I had figured out how to get through school very inexpensively, and I “worked a good program.” I did service work, had sponsees, etc. Sure, I thought of others, but only as an afterthought to thinking of myself.

If we applied a sixth step to my prideful attitude of the previous paragraph, I will say first of all that my Higher Power (God) was really in control of my successes. I had custody because I had gotten clean and sober. I still had huge anger problems that I did not work on until my tenth year of recovery. My anger has had a negative impact on my two older sons for sure. I was successful as a college student because my third son’s mother allowed me the freedom to focus on school. I got through school cheap because I was blessed with a nice scholarship. I was good at my job because I was working with criminal populations and I instantly had “street cred” because I had been where they had been. 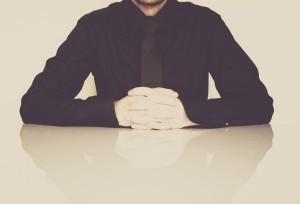 If I had been thinking of others, I would have done the work so I quit gambling (evidence of a prideful attitude), quit playing dominoes on yahoo obsessively (I thought I deserved it because I worked so hard at school), and been more present for my partner and children (I thought it was enough because I was clean and sober). My sponsees in the 12-step fellowship were more about a look good than the opportunity to serve my fellow man. The service work I did in the 12-step fellowship was more about being seen then being of service.

The difference today is that I am self-employed, so I am incredibly busy. I do not carry sponsees, because I do not have the time it takes to give a sponsee the time they deserve. Both my sponsors have given me the time I needed. I feel that not to be able to do that is wrong. If I do service work of any kind, I make sure I do it to actually be of service, not to be seen doing the service work. As I conclude this, I reflect on the sixth step. I still have a lot of defects of character. Some I work on, some I don’t. If I told you I worked on them all, I wouldn’t be walking my talk. I would rather be known for who I am, than for who I am not.

What has been your experience with step six and being prideful?  Have you struggled with this in your recovery?  What has helped you turn the corner from being prideful to being mindful of others?

Ben has a passion for the recovery process. He will seek through compassion and respect to guide those suffering from addiction to a life of recovery. He continues to work to raise awareness of the disease of addiction by working in grass-roots efforts to combat addictive behavior, and by having integrity to bring group and individual counseling to those who need interventions. Ben’s philosophy is that when the patient enters treatment is the beginning, and will support the family throughout the treatment process if they desire.