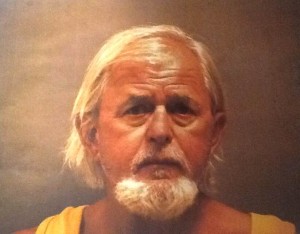 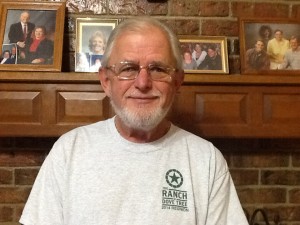 My name is Stan K and I am an alcoholic. I’m 64 years old and my sobriety date is July 4th, 2012. I was born and raised in Amarillo, Texas. My father was an alcoholic as long as I can remember, but he was a great dad.

My mother drank socially and later became an alcoholic after my sister and I left home. I suppose she adopted a “If ya can’t beat ‘em, so join ‘em” mentality. I ended up being an alcoholic too. I guess you could say I caught it from my father and was born with it…it laid dormant until that first buzz.

I was a “functioning alcoholic,” and rarely was late or missed work. I’d been in and out of AA over the years, working the steps. Over that time, I met, fell in love with and have been married to the same woman for 44 years. I don’t know how she coped being married to me through the years.

By 1989, I was in the middle of four years of sobriety when the police came to the door one night, and told us that our daughter, Dorie, had been killed in an accident. I was sober for that, and I stayed sober for two more years. God did that for me; He did what I couldn’t do.

Three years ago, I retired from being a correctional officer. My wife begged me not to. She told me, “You won’t last a year if you retire.” She was right. I found out quickly that the great thing about retirement is that instead of waiting until 5 o’clock, I could be at the liquor store by five minutes to ten in the morning.

So, after retirement, my drinking just got worse. I thought I could control it – or I figured I was smart enough to get away with it. I had made it to a little over a year when I hit bottom the last day before I went to treatment. That day came when I decided to go out for a drive unaware that I was in a total blackout.

To this day, I don’t remember any of it. I wrecked my truck at an intersection and luckily nobody was hurt. The police woman didn’t take me to jail; she just drove me back home.

When I got home, I got in my car – a nice Corvette that I gave myself when I retired. My plan was to go get my truck. And I had another accident.

Ending Up in Jail 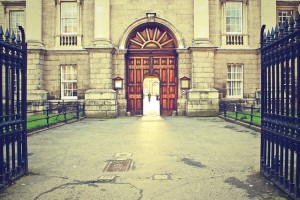 This time I ended up in jail. When I began to come to and for the rest of that night, I cannot explain the incredible intensity of emotions I was feeling. It was a combination of pain, fear, humiliation, confusion all while I was literally falling apart; physically banged up, mentally in a total fog and emotionally wrecked out.

I had no idea in my state of blackout if I had hurt anyone, legal charges or what I had done! I destroyed my 20 year career as a correctional officer. I was the one in jail now.

When my wife and son picked me up they spoke one at a time in clear terms: I was going to treatment the next day or I would have no wife, no son, no grandkids, nowhere to go and no place to stay. I think my wife had already packed my bag. The next day we drove down to Dove Tree.

When we got to Dove Tree, my son and wife knew they needed to get out of there as quick as they could, before I had a chance to run. Well, I was feeling some feelings. Murry Sandlin, one of the people from Dove Tree, put his hand on my shoulder.

He looked me right square in the eyes and he said “It’s gonna be okay, you’re gonna be okay. We are going to take good care of you!” Right then, that’s when I came to grips. I asked God for help, and I just, well, gave up. I made my mind up that I was going to succeed in every bit of that program. I was going to give it 110%.

Getting Me Back to Health 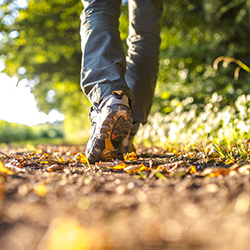 I cannot say enough about the details about program and people at Dove Tree, right down to the cooks in the kitchen. Everybody cares about you there, everybody. They loved me and fed me back to health. When I got to Dove Tree I was physically, mentally and spiritually bankrupt and I left a different person, one with an opportunity for a new life and beginning.

I am forever grateful for Dove Tree and the people there. I have a big ole’ spot in my heart for them.

It was hard to leave Dove Tree since it had become my home away from home. After I left there and went back home, I walked into to my old AA club. It was scary for me; it was hard. There were still a few people that had been there when I was in AA 24 years ago. I’m sober now, and I’m very involved with AA. I have my life back. I have something to live for.

A loving God, The Ranch at Dove Tree and Alcoholics Anonymous are giving me the life I really wanted! Life is finally good and meaningful!