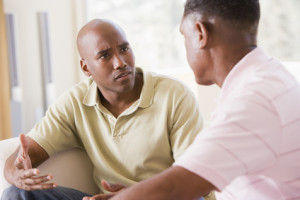 Step 8: “Made a list of all persons we had harmed, and became willing to make amends to them all.”

“It takes a tremendous amount of courage to become the person you truly want to become.”

According to Alcoholics Anonymous “Steps Eight and Nine are concerned with personal relations. First, we take a look backward and try to discover where we have been at fault; next we make a vigorous attempt to repair the damage we have done.”

Step Eight includes not only making a list of people harmed, but actually reaching out and making amends. This will mean writing letters, making phone calls and, of course, meeting face-to-face with friends, family and co-workers. This can be overwhelming and cause even the most stout-hearted to want to turn tail and run.

So how do we develop courage to actually make amends? Here are some things to consider:

How have you witnessed the growth of courage in yourself and/or your loved one in the recovery from addiction?