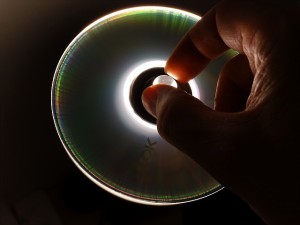 There’s nothing like an episode of Mad Men to point out how drastically our ideas of social “norms” change over time. In an early scene two moms were smoking over coffee in the kitchen as children played nearby. When one mom stepped out from behind the counter she revealed a full term belly.

But then again this was a time where cigarette advertisements competed for sales with endorsements from doctors. We may laugh at the notion, but is it possible that we are providing fodder for the 2100 prime time TV slot with our current norms relating to sugar?

The Verdict Is In

Increasing research is showing the effect of sugar consumption on our health is more bitter than sweet. According to the CDC, heart disease is the leading cause of death in the world with a recent study in JAMA Internal Medicine finding that excessive sugar intake may double one’s risk of dying from heart disease.

Research is also correlating excess sugar with a myriad of negative outcomes, including but not limited to:

It is hard to deny that excess sugar can kill.

Too Good to Resist?

With all this evidence convincing us to just say no to sugar, we more often say yes. Even as medical experts and legislators suggest we regulate sugar as a toxic substance like tobacco and alcohol, we continue our positive psychological and social association of sweets with special occasions, rewards and affection.

The pervasive notion that sweets are a rare indulgence developed in a time when they literally were. Historically sugar was a labor-intensive and expensive commodity. In 1700 the average person consumed a scant 4 lbs of sugar a year, whereas by 2000 USDA reported annual use had reached152 lbs of sweetener.

Clearly in today’s world sugar is easily accessible and affordable, yet we still hold the delusion that sweets are a “special treat” even when we are eating them multiple times a day. The celebration may be going on too long and the outcome is very familiar from an addictions perspective. 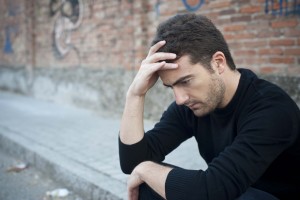 The reason so many people have difficulty curbing their sweet tooth is rooted in the same physiological and psychological processes that are present with drugs of abuse. The American Society of Addiction Medicine’s definition of addiction defines Addiction as a “primary, chronic disease of brain reward, motivation, memory and related circuitry.

“Dysfunction in these circuits leads to characteristic biological, psychological, social and spiritual manifestations… reflected in an individual pathologically pursuing reward and/or relief by substance use and other behaviors…characterized by inability to consistently abstain, impairment in behavioral control, craving, diminished recognition of significant problems with one’s behaviors and interpersonal relationships, and a dysfunctional emotional response…addiction often involves cycles of relapse and remission.

“Without treatment or engagement in recovery activities, addiction is progressive and can result in disability or premature death”.

Parallels Between Sugar and Drugs

When we apply these parameters to how sugar affects individuals; impaired ability to abstain, compulsive eating, binging, withdrawals, cravings, guilt, shame, impaired functioning due to obesity or other health consequences and the cycle of diets and relapse, we see strong parallels between sugar and addictive drugs.

A 2008 study by Avena et al concluded “evidence supports the theory that, in some circumstances, intermittent access to sugar can lead to behavior and neurochemical changes that resemble the effects of a substance of abuse”.

Eating food high in sugar will raise blood glucose levels, triggering a spike of insulin. This excess insulin then creates a craving for more sugar, a vicious cycle that mimics substance abuse. The pleasure center of the brain, triggered by food and integral to survival, is the same area that is involved in addiction.

The reward circuitry becomes hijacked by drugs of abuse as well as sugar. Over time it fails to respond to normal pleasures in the ways that it used to, prompting increased use due to decreased sensitivity, withdrawal symptoms and a depressed state for those who attempt to quit. 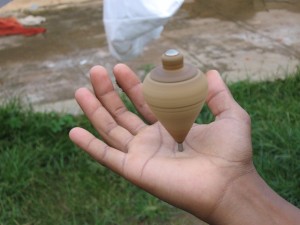 Though sugar can be seen as an addictive substance in its own right, it is crucial to look at its role in addiction or recovery from other substances and processes. Studies have shown similar genetic identifiers in overeating as well as compulsive drug use, indicating a sugar sensitivity that may make substance abusers more susceptible to food addiction.

A down-regulation of dopamine and opioid receptors occurs after we consume sugar and studies show that it may potentially sensitize individuals to drugs of abuse as well, creating a ripe environment for cross addiction.

The Impact on Brain Functions

Recent research from UCLA indicates that high sugar foods adversely impact brain functions including learning, memory and clear thinking. The quick rush from high sugar foods also tie in to impulsivity and instant gratification, behaviors that are hallmarks of addiction.

And the vulnerability from a sugar crash can increase susceptibility to triggers. So it is critical for those in recovery from drugs of abuse to be aware of the effects of sugar and its potential for triggering cravings and increasing relapse potential as well as introducing new addictions.

Sleep, diet, physical activity, social supports and environment affect every individual’s health but are especially critical to long-term success of those in recovery.

As we acknowledge how dangerous sugar is to health and recovery, lollipops are doled out in medical offices, many hospitals and treatment centers have vending machines with access to chemically laden sugary foods while support groups and recovery meetings often welcome boxes of donuts and trays of cookies.

Is it fair to say we are in denial? These reminders of our fallible tendencies to overlook the obvious in an effort to remain in the comforts of the status quo hopefully give us more compassion for the generations past as well as give us enough perspective to spur more effective change in our own time.

What are your thoughts on sugar consumption in the United States? What steps do you think should be taken in order to get consumption back to a healthy level?