“Effective Treatments for Helping Someone Who is Hooked on Opiates” was written by Delta Medical Center clinical team member Erica Smith, M.A., NCC. Erica has several years of experience working in the treatment field as a clinical therapist and has her Master’s Degree in Clinical Counseling Psychology from the American School of Professional Psychology.

Delta Medical Center (www.deltamedcenter.com) is a substance abuse and addiction treatment center that is dedicated to providing the highest quality of care in the safest, most confidential environment possible. We believe in not simply treating the symptoms of substance abuse and addiction, but in taking a holistic approach to treatment by focusing on the whole person. We strive to provide everyone who comes to us for help with the tools they need to restore their sense of hope and worth and learn the skills they need for lasting sobriety. 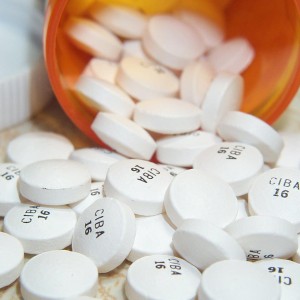 Opiates refer to a group of narcotic substances that work to depress the central nervous system. The medical form of these substances are most commonly used as a means to reduce pain. Doctors will prescribe drugs to individuals who are experiencing severe, chronic pain, including:

When taken for legitimate health purposes, these substances provide the user with relief from their symptoms. The problem, however, is that opiates will not only reduce an individual’s pain, but they will also induce feelings of pleasure, euphoria, and a heightened sense of well-being. These feelings can lead to the rapid onset of addiction.

The well-known street drug, heroin, is also a type of opiate. Heroin is considered to be semi-synthetic in that a variety of other substances are often laced into the opiate in order to mass produce this recreational drug.

Heroin is considered to be more powerful than most other opiates because it crosses the blood-brain barrier much more rapidly, leading to a quicker and more intense high [1]. Heroin is a substance known to result in dependence and addiction more quickly than most illicit substances.

Overcoming the Addiction Is a Difficult Process

When a person becomes addicted to opiates, it can be extremely difficult for him or her to overcome that addiction without help. People who have come to rely on opiates in order to get through their days have more than likely begun experiencing conflict within many, if not all, aspects of their lives. For these people, the seemingly simple parts of daily life may suddenly be difficult for them to complete.

Their focus may have become solely on obtaining and using the drug, causing them to struggle to function appropriately at work, at school, or in social settings. These individuals are also placing themselves at risk for developing significant health problems.

According to Harvard Health Publications, the easiest ways to determine whether or not a person is addicted to opiates can be based on his or her participating in certain behaviors. These behaviors may include things such as:

Even when people come to a point where they have accepted that they have a problem and they have made the conscious decision to quit using, it can be a very difficult and scary time because they will first have to go through a period of withdrawal.

The Effects of Opiate Withdrawal

The effects of withdrawal can be extremely uncomfortable and, at times, even debilitating. The mere thought of suffering through withdrawal symptoms can be enough to deter a person from getting help for their addiction to opiates.

Some of the most common symptoms that people can expect to go through as the drug leaves their bodies can include:

Although in most cases the symptoms of opiate withdrawal are not life-threatening, it is important that the individual going through this period is medically supervised. One reason for this is due to the fact that there is always a possibility of more serious complications arising during a withdrawal period, including things such as:

The other reason in which medical monitoring is highly recommended while a person experiences withdrawal is because of the simple fact that, when left alone, the user is more likely to return to the substance in order to ease his or her symptoms.

Getting The Right Care in a Facility

When going through this withdrawal and detoxification process, individuals who are being cared for in a substance abuse treatment facility will not only have the medical supervision they need, but they will also have the emotional support of mental health professionals and addiction specialists.

While this can be an especially trying time for someone addicted to opiates, the struggles that he or she faces will greatly overshadow the potential consequences of continued opiate abuse.